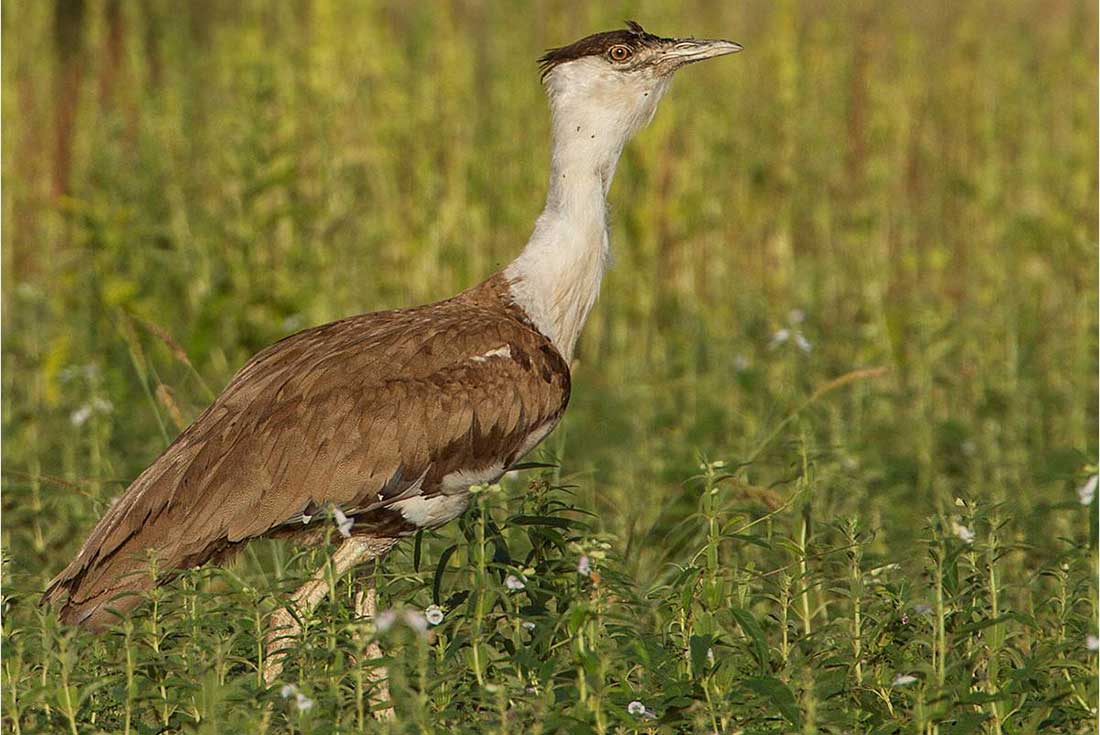 119th Birth Anniversary of Padma Vibhushan and Padma Shri. Dr. Salim Ali (12 Nov 1896 to 20 June 1987)
In May 1960, the XIIth conference of the ‘International Council for Bird Preservation’ was held in Tokyo, where the idea of each country designating ‘National Bird’ was recommended. Looking at the purpose and criteria of the same; Dr. Salim Ali had recommended Great Indian Bustard Ardeotis nigriceps as the ‘National Bird’ of India.

He explained – “The purpose was to pinpoint public interest and attention to some particular species that stood in the greatest need of protection in each country, especially where it was threatened with extinction owing to public apathy or direct human persecution.
The Great Indian Bustard is a species that merits this distinction. This Bustard is a large and spectacular bird, indigenous to India, whose numbers, in spite of the legislative ban on its killing, are dwindling at an alarming rate due to poaching by vandalistic gunners and also encroachment upon its natural habitats. It needs an urgent nation-wide effort to save the bird from its impending doom.”

The greatest ornithologist of India had suggested this during 1960s, when the population of GIB was believed to be around 1260. And today, on his 119th birth anniversary, owing to the same ‘public apathy’ he described; we have lost more than 1000 birds in last 50 years. The current enumeration of this species is believed to be less than 250 individuals. If we all along with the Government do not act immediately to save this species from extinction then by the 150th birth anniversary of Dr. Salim Ali we will lose this majestic species from the universe. As Indians, the loss would be a great shame since this is the only bird species on earth with ‘Great Indian’, a title that instils pride, in its name. Let’s stop this species from becoming the first species of the recent era that would have been ‘allowed to become extinct’.