The Threatened Biodiversity of Fascinating Kutch 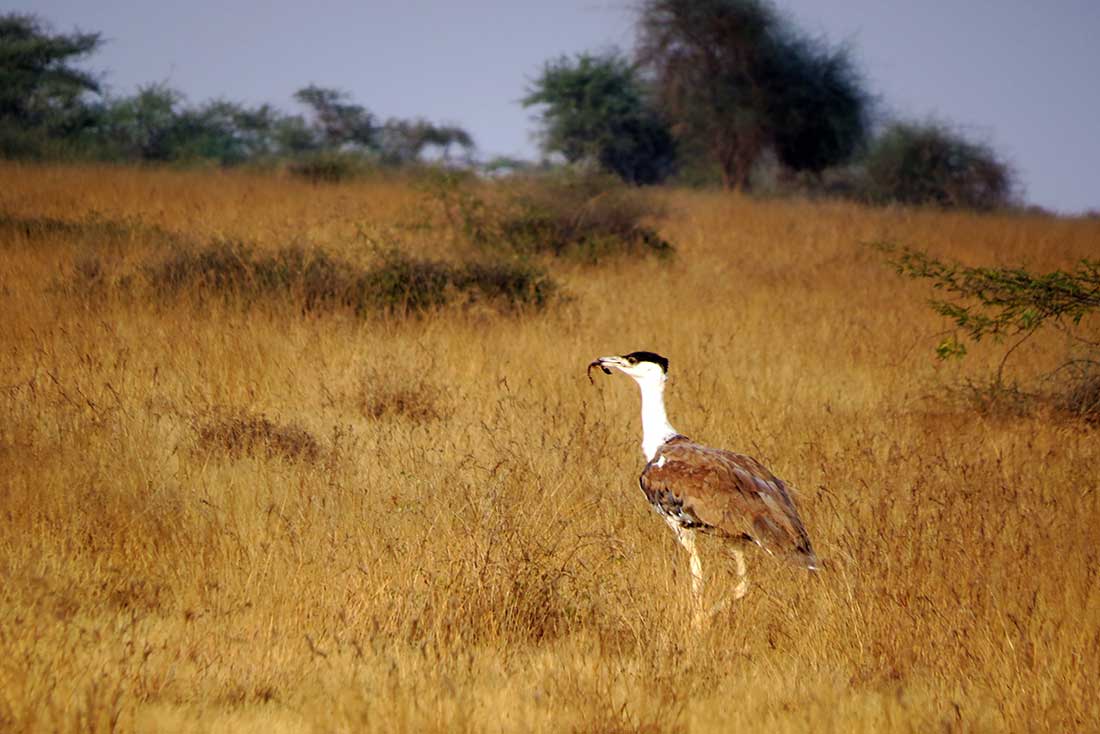 The Threatened Biodiversity of Fascinating Kutch

One evening in late November 2015, the early winter sun was sinking towards the horizon. Grey Francolins were merrily calling from the distant corners of the vast flat and dry landscape. Birds characteristic of the arid region of Kutch such as Greater short-toed lark, Rufous-tailed Lark, Bimaculated Lark and the Common Stonechat flew away on our approach.
Our group included eminent people; prominent among them was A. R. Rahmani, devoted to the conservation of Great Indian Bustard, one of the most critically endangered bird species in the world. Its total population may be just 100-150 birds, largely confined to India. In Pakistan where hunting is much more rampant the status of the bird is expected to be very critical. We were in the Kunathia grasslands, which along with Naliya grasslands, one of the wintering habitats of bustards, were reported to have a maximum of about 30 bustards, the main population in Gujarat.
There was immense excitement in our group as we were rewarded with the sighting of two male birds, which maintained a distance of about 500 m. For me this was my first sighting of this rare bird in the wild. Being tall and large (adult males can grow little over one metre in height and can weigh close to 15 kg) with whitish neck and under parts with narrow black breast-band, they were conspicuous above the scrub vegetation of stunted bushes and grasses.
Although we were 500 m away, they were moving away from us and their movement with an erect posture was elegant. I wondered how such a large bird could get enough to eat in a land which was dry and desolate. The only species in the landscape, which had fruits that were eaten by the bustard, was wild jujube (Zizyphus numularia). Solanum plants (may be Solanum incanum) with yellow fruits were abundant but the bustards are not reported to feed on these fruits.