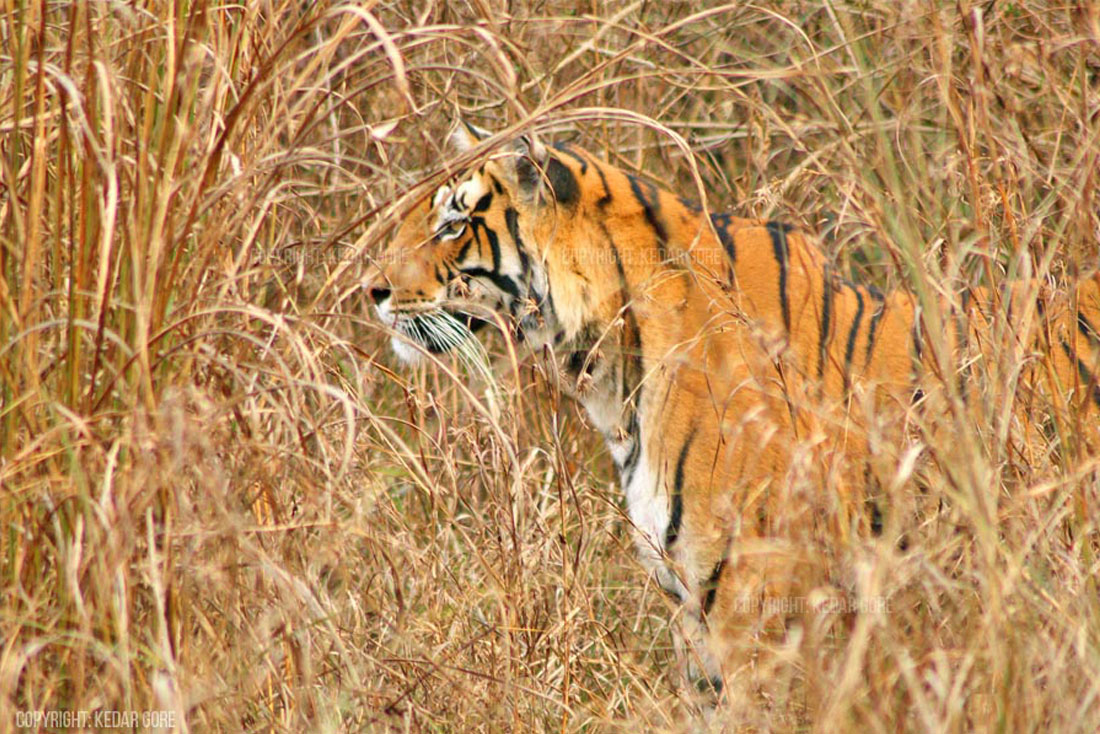 India is spread over an area of 3.29 million sq km, which is approximately 2.5% of the earth’s total land area, and encompasses a wide variety of ecosystems harbouring 7% of the world’s flora and 6.5% of the world’s fauna! India ranks among the world’s 17 most megadiverse countries. The Western Ghats, the Eastern Himalayas, the Indo-Burma region and the Sundaland – four of the world’s 35 biodiversity hotspots are in India. The great Himalayan range in the north, vast hot desert in the northwest, 7500 km long coastline, impregnable mangroves in the east, deciduous forests and grasslands in Central India, coral reefs of Andaman and Nicobar Islands, and the evergreen forests of the Western Ghats and the Eastern Himalayas! Such geographical diversity is seldom seen in any other country. Some parts of the country still have inaccessible forests and perhaps new species are waiting to be discovered there.

India is a country with one of the oldest civilizations and a rich culture that respects and worships its natural resources. Wildlife conservation, though a relatively modern term, has been practiced in India since long. In olden days, large chunks of forests were protected by communities as ‘Sacred Groves’. These areas were considered sacred by people and destructive activities like tree cutting and animal killing completely disallowed. No person dared to break this system lest he be punished by The Almighty. This fear or respect has been largely responsible for conserving these forests and the myriad species they harboured. Eventually, these areas were protected by the law. Sacred groves still exists in many of our well-known Protected Areas like Periyar Tiger Reserve that has the temple of Lord Shabarimala and Bhimashankar Wildlife Sanctuary with a Lord Shiva temple in the heart of forest…there are several such examples throughout the country. During pre-independence India, important forest areas were declared as Reserve Forests by the British. In 1936, India got its first National Park by the name of Hailey’s National Park. Subsequently, it was renamed Ramganga National Park due to River Ramganga flowing through its heart. This area was eventually renamed as Corbett National Park after the legendary hunter-turned-conservationist Jim Corbett.

India has a vast network of 668 Protected Areas extending over 1,61,222 sq km (4.90% of total geographic area), comprising 102 National Parks, 515 Wildlife Sanctuaries, 47 Conservation Reserves and 4 Community Reserves spread across the length and the breadth of the country. Protected Areas are undoubtedly the most picturesque areas on the Earth. The landscapes of the Valley of Flowers and Corbett Tiger Reserve in Uttarakhand; the magnificent mangroves of the Sundarbans in West Bengal; the evergreen forests of Eaglenest Wildlife Sanctuary; the dense forests of Dandeli and Nagarhole in the Western Ghats; the dry and arid region of the Desert National Park; and the mixed forests of Melghat and Kanha in the Satpuda-Maikal Landscape of Central India – all are exquisitely beautiful, breath-taking and refreshing. Each of these places is different – visually and ecologically. The fauna, the flora, the landscape and the weather is unique in each of these places. From a couple of square kilometers to thousands of square kilometers, ecosystems of critical importance are protected for their ecological values and services. Not every ecosystem will have a tiger or a lion or an elephant or a rhino but it is nevertheless important for its unique biodiversity or for its value as a catchment forest or the important role it plays in carbon sequestration. It is a globally accepted fact that forests and oceans play a vital role in mitigating the disastrous effects of man-induced climate change.

Since the launch of Project Tiger in 1973, India has declared 50 tiger reserves spreading over 71,000 sq km area, which is just over 2% of the country’s geographical area. As per the national-level tiger census conducted in 2014, India’s tiger population was estimated to be 2226, which is around 60% of the global wild tiger population of 3890! India has undoubtedly proved to be a leader in tiger conservation efforts from among the 13 tiger range countries of the world.

Tiger is a conservation dependent species and exists in six Tiger Conservation Landscapes (TCL) of India viz. Shivalik Hills and Gangetic Plains, Central India, Eastern Ghats, Western Ghats, North-Eastern Hills and Brahmaputra Plains, and Sundarbans. Although the designated tiger reserves are well protected and managed for the conservation of wildlife, most of the connecting habitats within these landscapes may not be within the legal domain of Protected Areas and are therefore often lost to the growing developmental demands and ever-increasing anthropogenic pressures. Thus, India’s tiger population today is highly fragmented with source populations primarily restricted to the tiger reserves. Breeding populations of tigers are mostly located in the core area of the tiger reserves, while the buffer areas usually serve as population sinks. Habitat corridors that connect these tiger reserves help facilitate the dispersal of sub-adult tigers thus helping in the genetic exchange. However, most tiger reserves are surrounded by human-dominated landscapes and thus dispersing tigers often coming into conflict with human beings. Tigers falling prey to poaching is not uncommon in these areas.

Besides conserving the wildlife, tiger reserves and their connecting corridor forests also provide a range of associated economic, social, cultural and spiritual benefits known as ‘ecosystem services’. The IIFM’s report ‘Economic Valuation of Tiger Reserves in India’ estimates that Kanha Tiger Reserve in Madhya Pradesh alone provides flow benefits worth Rs. 16.5 billion (Rs. 80,000.00 / hectare) annually. Important ecosystem services originating from Kanha include gene pool protection, provisioning of water to downstream regions and provisioning of fodder in buffer areas. In addition, these natural landscapes play an important role in ecosystem-based approaches to climate change adaptation and contribute to mitigation by storing and sequestering carbon. Not to mention the immense recreational and educational value of these areas to humankind.

Despite these known facts, wildlife conservation in India is a great challenge. Most Protected Areas in India are facing severe pressures of development that threaten the very existence of these vital habitats. Mining, submergence due to large dams and river linking projects, unplanned and unsustainable tourism projects in some of the fragile habitats, linear developmental projects of road and rail expansion are just some of the examples. India is a developing country but in our pursuit for economic development, we cannot afford to compromise on such vital natural areas that occupy less than 5% of India’s geographical area. These areas not only protect wildlife species but also protect our fresh water sources, sequester the carbon that we release in the atmosphere, protect the billions of trees that are source for thousands of medicines that we use, protect the wild genes of the food we eat and acts as an unlimited supply of oxygen that we all need to breath. It will be a foolhardy decision to destroy these areas for short-term economic gains and long-term ecological disasters.

Ecosystems have tremendous resilience and can recover very fast with proper protection and well thought of policy decisions. However, everything cannot be left only for the ‘Government’ to handle. Every person of this country must take some action towards conserving the natural heritage that India is blessed with. However small this contribution might be, it will definitely help in shaping a brighter and greener future for this country. Every drop counts. It is time for all stakeholders (government, corporate sector, conservationists, local communities and all of us) to work together in deciding a road ahead that will decide the future of India’s natural treasures. It is up to us to decide whether we want just exist as people or co-exist as Homo sapiens with millions of other species on this earth.